was added to the cart.
View cart

December 31, 2020 —
Kadi Pajupuu
Pushing warps aside, to make gaps in fabric
Exhibition
from December 20th 2020 to January 20th 2021, my drawings and weavings will be at the solo-exhibition  Conjunctions, St John's Church, Tallinn.
In one textile I used the trick that was first used during my weaving course by Riina Samelselg (Estonian Academy of Arts). She proved that it is possible to make patterns in the weaving with Stepping Reed modules. I have used my Stepping Reed only to make waves in weft: the steppers that can be moved along the rail in front of the normal reed, push weft in waves. Riina invented that with modules you can also make gaps in fabric that form cool icicles into the fabric. On my loom I wove a blue textile (cotton warp, linen weft) and used bent elements out of bicycle spokes. The outcome Icicle-fabric can be seen on the photos from the exhibition (blue textile). The fabric has been washed with the washing machine, the patterns remain.
Photo by Marilyn Piirsalu. 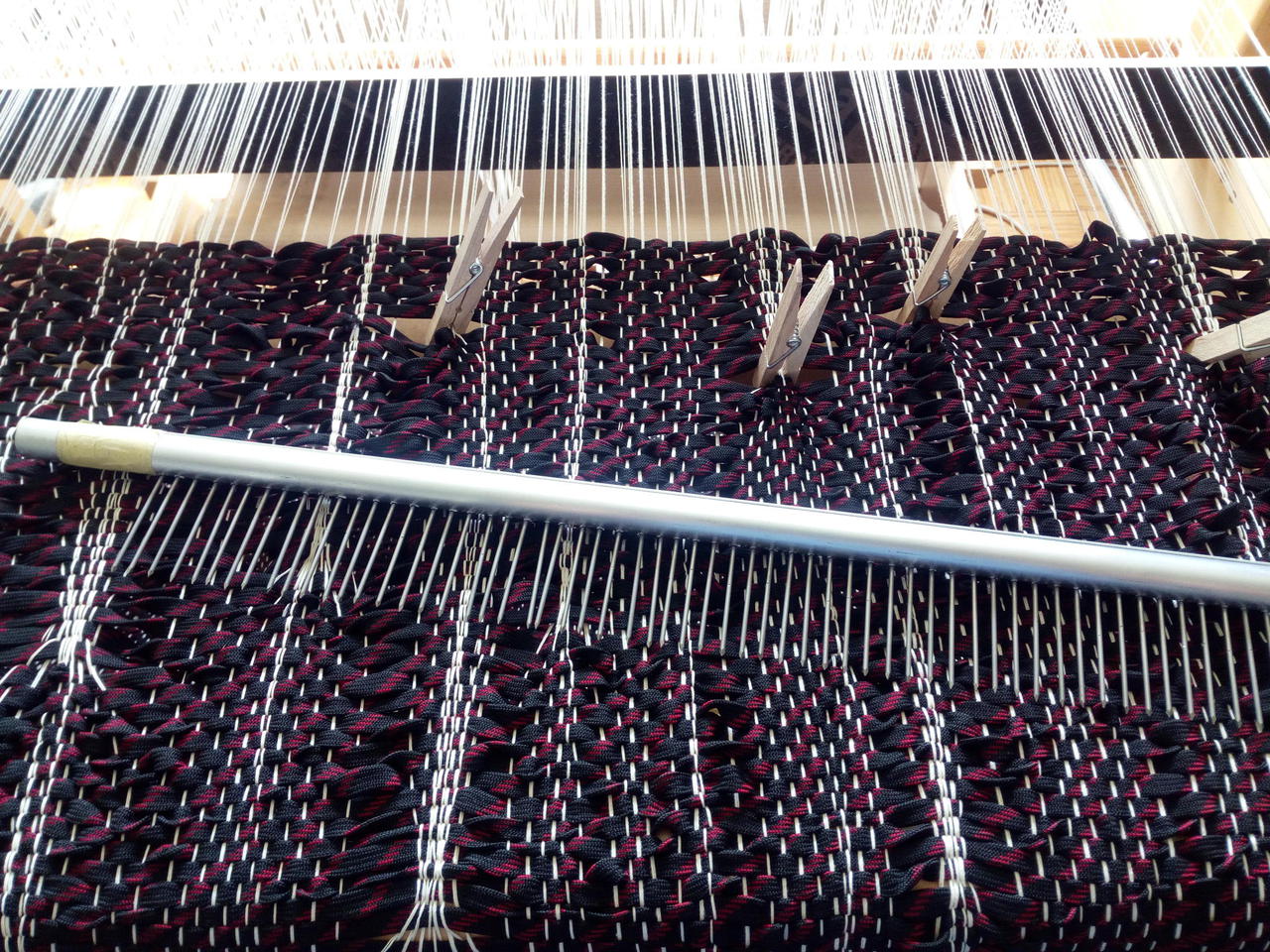 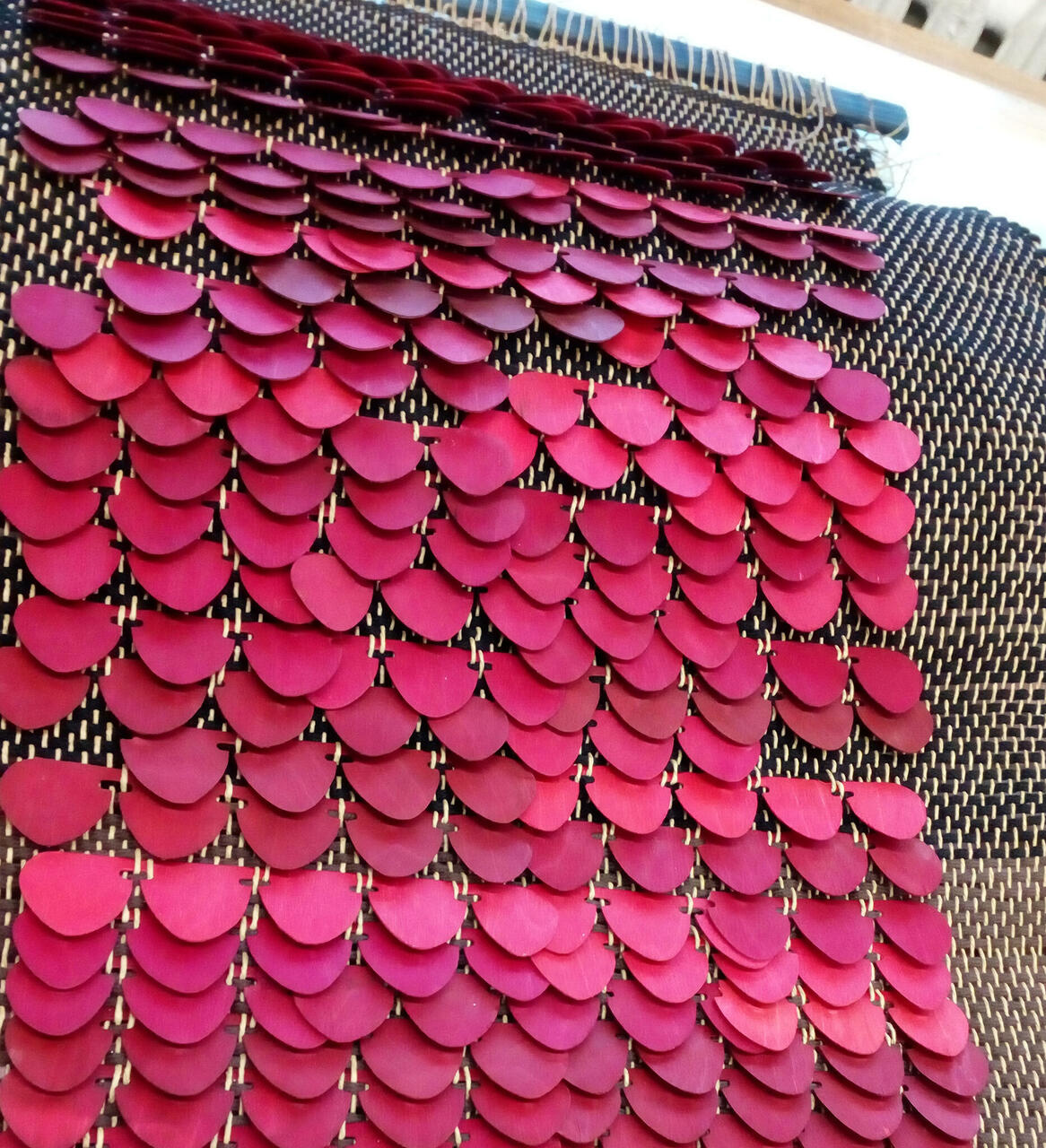